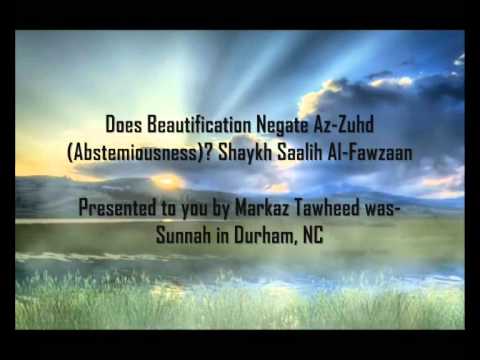 We thank Allah, with a thanking befitting His blessings, and this thanking of Allah is because He deserves thanking. And more than that, for everything, give Him thanks only because He is there.

The greatest blessing that He has given to me, is that of knowing Him.

This was after He helped me to know myself, which I did not know before. His help is ancient. From the beginning, He prepared me to be His mirror, and also my own mirror.

I see Him in my mirror and He sees Himself azz, the perfect one, in me. This is also after He most graciously sent a messenger who carried all of Zihd perfect qualities as-sifat. Here I mean the absolute master of existence, the Muhammadan presence al-hadrat al-Muhammadiyya who is the truth al-haqiqat in all of existence, both in the dense al-kathif and the subtle al-latifin suhd revealed world adh-dhahir and in the hidden world al-batinin the seven heavens, and whatever they contain, and in the seven earths, and whatever they contain, and in all creatures, whether human or jinn or angel because all of these are his sons, whether they are from his body of clay, or from his za of self, or from his world of heart, or from his world of the secret.

By all this I mean that he is the mercy, and even more than mercy because all of this is from the praise, which is Muhammad, may the blessings and peace of Allah be upon him.

If you want this and want to be on his path, you need to take upon yourself some of his example and manners as-sunnaand to be from his exactness or perfection by following the example of how he walked, how he ate, and how he talked.

By this, I do not mean the outside form of his sunna, but its essence. But it is not possible for you to enter into or to go behind to the source of this mercy unless you remove all the clothes of this world ad-dunya to replace them with the clothes of renunciation or asceticism, and to leave everything behind you to come to your beloved Allah.

By His grace He will raise them to this, and this is the quality of the state al-hal of the people of God. When you leave all these worldly things for that which is greater, then if He wills, this will happen for you also. I want to explain the meaning of asceticism az-zuhd. For the family of God it means to leave this world for the world-to-come, the hereafter al-akhirawhich is the true state of al-Islam; this Islam being the inner state of your life, rather than an outside one.

It also means to leave this world and the hereafter for the King al-Malik. When you have finished with the station of belief al-imanyou are taken to the station of excellence al-ihsan. In this station you stand at the beginning of asceticism and renunciation. Now you will be like a stranger in the world in which you are, yet, at the same time, you are not.

It is as though you were only passing through it. Here you carry the holy meaning inside your heart and your soul.

Love God and then He loves you. Look not with desire to what is in the hand of another, and he will love you. Look at his heart and not at his pocket. When the renunciation is true it reveals itself in hayat — the qualities of modesty, awe, politeness, respect and love. This hayat is more than taqwa, which is the quality of devotion and reverence lying between the essence of fear and the essence of hope in the presence of the King.

The person who has this hayat will show patience in the face of difficulties, thankfulness for everything that comes to him, whether it is ease or hardship, and deep surrender to the decrees al-qadr of Allah. Do what You want. When he has reached the deep humility of hayat, having left behind all attachments to this world and to the world of the hereafter, there is no fear after that, only the deepest awe for Allah.

And the mercy is such that as he stands alone without anything before Allah, he is as Moses, may peace and blessings be upon him, who could not look at Allah because he would have been burnt up. I repent to Thee; I am the first of the Believers. Thus we can see that Muhammad, may the blessings and peace of Allah be upon him, is the veil of mercy for us, so that through this veil we can witness the mountain of Allah inside.

And it is necessary to go through the beloved of Allah, the holy messenger, the guide, peace be upon him, to see the face of Allah through him, and to live in the life of the real freedom all the time. It has been said that there are three kinds of asceticism. The first is that of the fearful, of those who give up this world in order to save themselves from the fire.

zuhv The second is the asceticism of the merchants, those who give up this world because they want the good things which Allah has promised them in the garden. The third is the asceticism of the lovers of Allah, and this is the highest and the most graced. The lovers give up this world for the love of Allah, and not for fear of the fire, nor because of desire for the garden.

They do not turn to anything but to their King, and they do not desire anything but to look upon His compassionate face. They keep sz climbing for this, from station to station, until they are killed by the sword of Allah; and so they become martyrs in His love, in the qibla of Allah.

They are the holy sacrifices of their Lord because they have sold themselves to Him, zuhr He has bought them with the price of Himself. They fight in the way of Allah.

Practising Az-Zuhd in the Dunya –

They kill and are killed. So rejoice in the bargain you have made with Him; that is zuhr mighty triumph. These are the beloveds of Allah. The surrender for them is that if He gives to them, they are thankful, and if He withholds from them, they are patient. This is the beginning of asceticism from which they will continue without stopping, from station to station, ascending by His grace and mercy.

Their asceticism is such that if Allah gives them anything they do not keep it for themselves, even if they may need this thing, but they prefer to give to another. They think of others before themselves and because of this, they have been sent as the mercy to all people.

So their actions are without covetousness or avarice, and if they are raised up they have not asked for this. They have cut off all attachments, except their attachment to Allah.

Finally, asceticism means that a person does not azz of his blood, except for Allah, and to be killed in the garden of His knowing. Then Allah is well-pleased with him, and he zuud well-pleased with his Lord, and now he deserves to be a true slave of Allah.